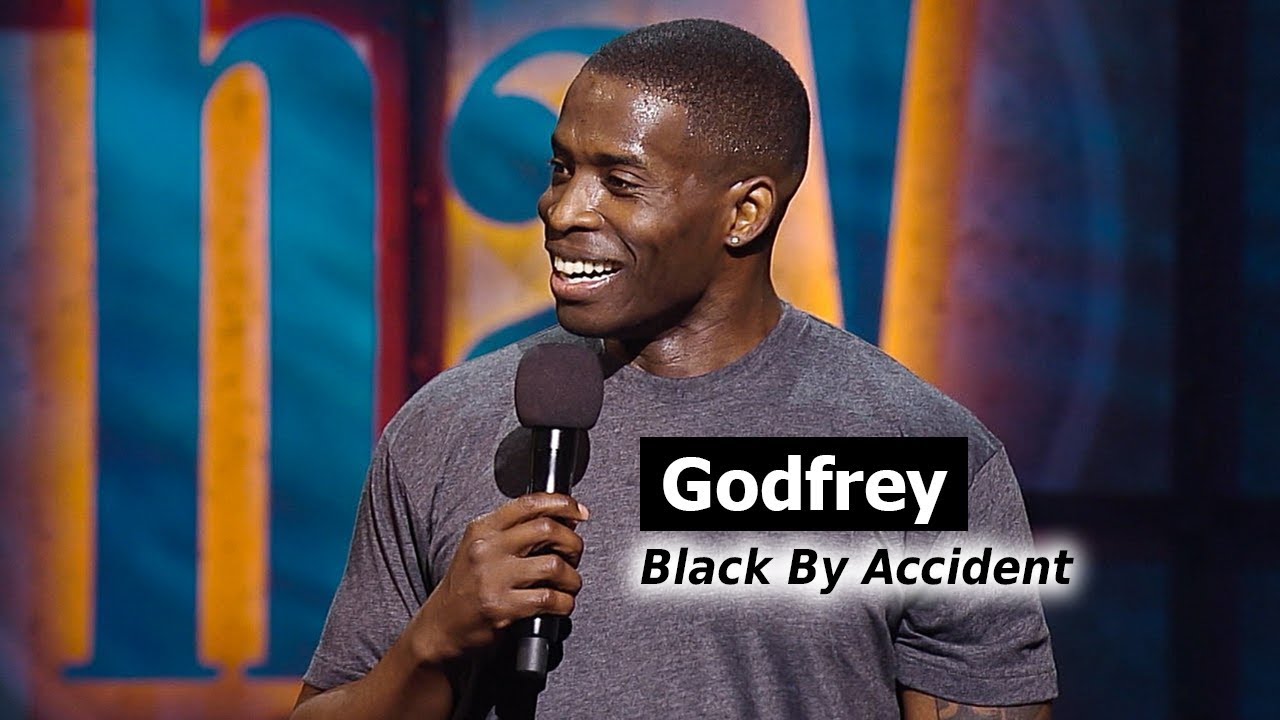 Godfrey C. Danchimah, Jr. professionally known as Godfrey, is an American comedian and actor who has appeared on BET, VH1, Comedy Central, and feature films, such as Soul Plane, Original Gangstas, Zoolander, and Johnson Family Vacation. He was also a spokesperson for 7 Up during the popular ‘7up yours’ advertising campaign.

He was also a cast member on the first season of The It Factor, a reality television show. Currently, he is a regular performer at the comedy club Comedy Cellar in New York City. He is also known for doing the voices of Mr. Stubborn and Mr. Tall (Season 2) in The Mr. Men Show and hosting the FOX game show Bullseye. Godfrey also hosts his own Radio Show on SiriusXM.