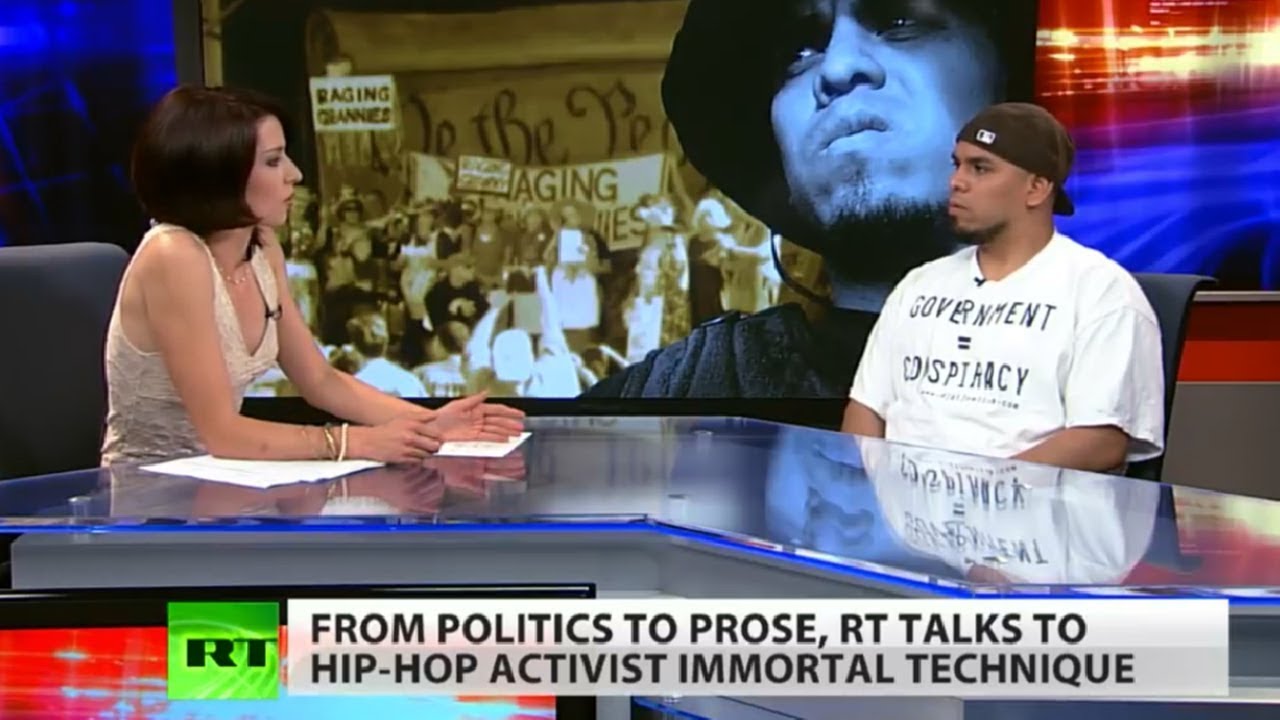 Felipe Andres Coronel, better known by the stage name Immortal Technique, is a Peruvian-American hip hop recording artist and activist. Most of his lyrics focus on controversial issues in global politics. His lyrics are largely commentary on issues such as politics, socialism, class struggle, poverty, religion, government, imperialism, economics and institutional racism.

Abigail Suzanne Martin(Abby Martin) is an American citizen journalist and presenter. From 2015 to 2018 she hosted The Empire Files on teleSUR English, a network co-funded by the Venezuelan government. She was formerly the host of Breaking the Set on the network RT America, working from the Washington, D.C. bureau. Before hosting her own show, she had worked for two years as a correspondent for RT America.

Abigail Suzanne Martin is an American journalist, TV presenter, and activist. She helped found the citizen journalism website Media Roots and serves on the board of directors for the Media Freedom Foundation which manages Project Censored.

She hosted Breaking the Set on the Russian state-funded network RT America from 2012 to 2015. And then launched The Empire Files in that same year as an investigative documentary and interview series on Telesur, later released as a web series.

Martin grew up in Pleasanton, California, where she attended Amador Valley High School, graduating in 2002.