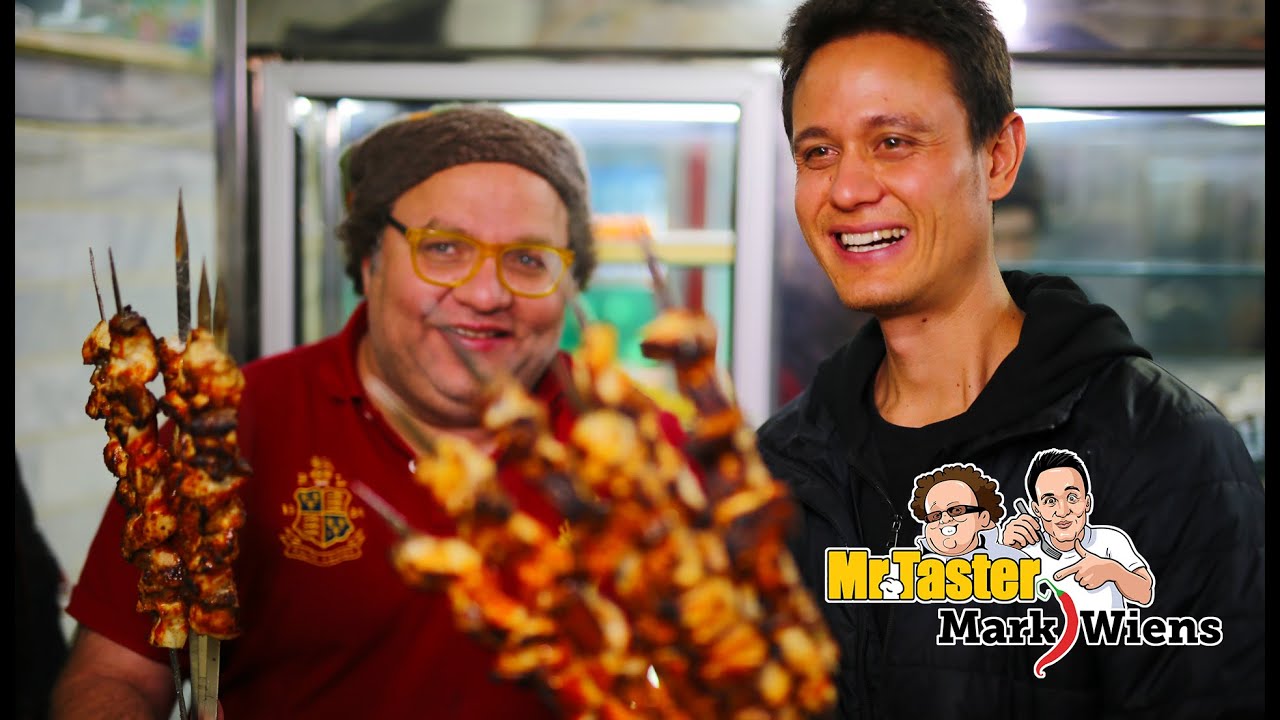 Following our trip with Mark Wiens in the beautiful and green city of Rasht, which is located in Gilan province, we went to a restaurant called Ahmad Kebabi for dinner, which had a variety of very tasty kebabs such as Dosh Kool (beef hump), sour kebab and shredded kebab. Doosh Kool is beef hump or so-called kool, which is the fattest part of red meat. As for the sour kebab, I must say that it is a local Gilani kebab that is made from a combination of meat with local fragrant herbs, pomegranate paste, walnut kernels and special spices. We brought a large piece of fresh strogen fish t the caviar workshop to this restaurant to grill for us. And I have to say it was one of the tastiest kebabs Mark and I had ever eaten. After dinner, we went to the city of Fuman and toured its traditional and very spectacular bazaar. You could get a variety of fresh and organic local food there.